Costume Design > War With the Newts 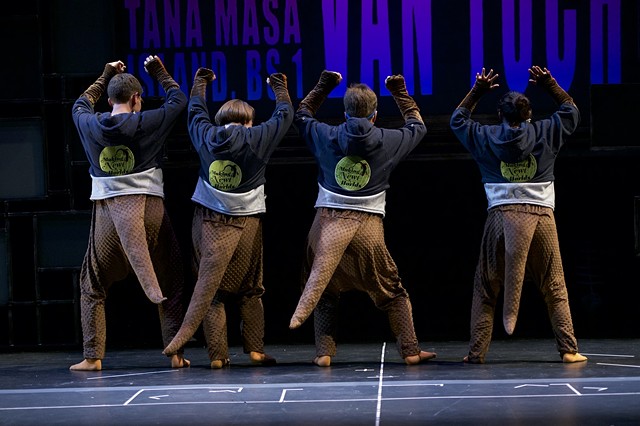 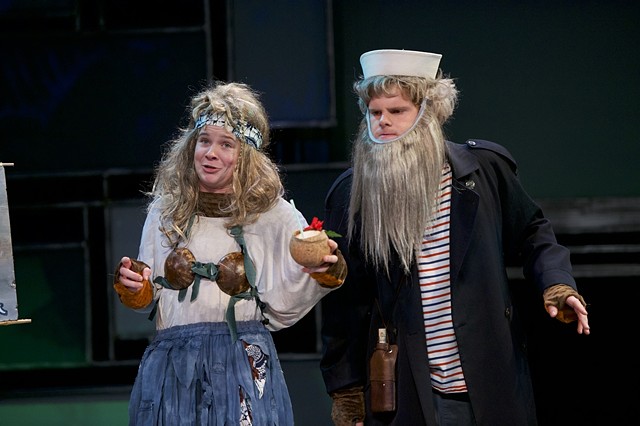 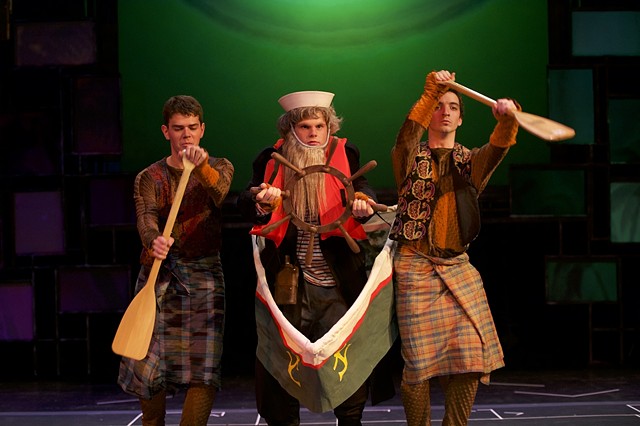 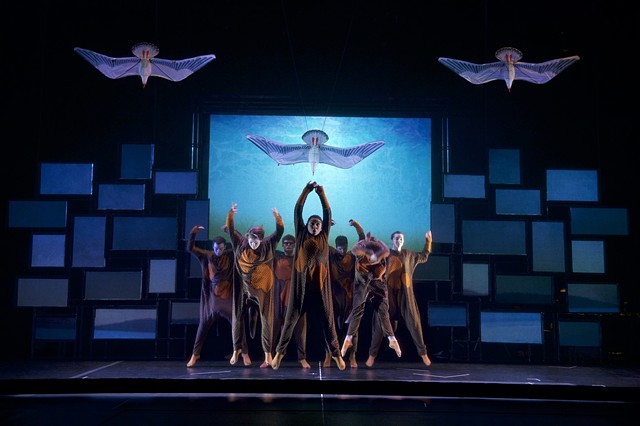 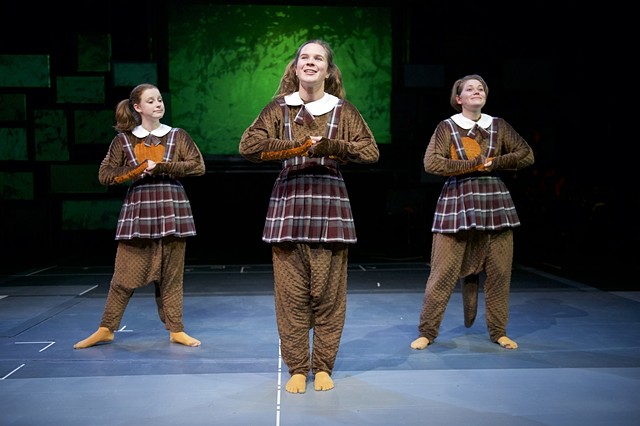 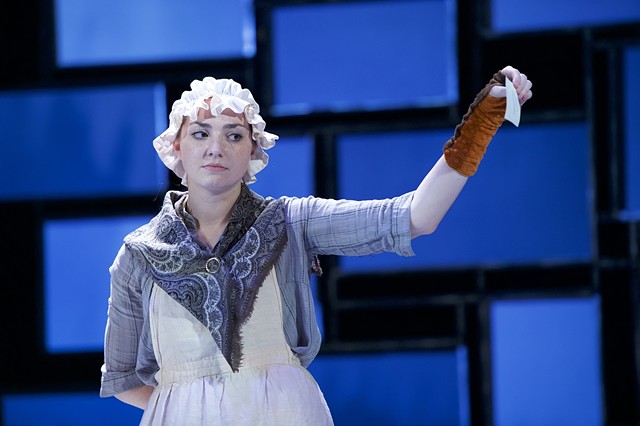 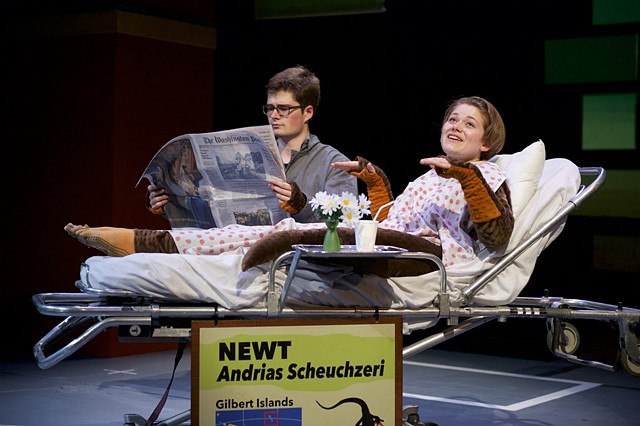 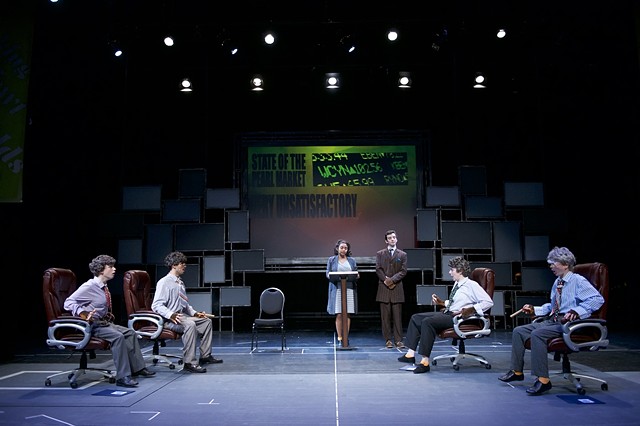 "First, the cute newts. They dance about in orange stocking feet wearing fingerless brown mittens and baggy brown onesies with a long thick tail attached. At some point, the entire ensemble shows up thus garbed.

Then, sure enough as promised, some of the the newts don human clothes to tell their tale, which pretty much follows Čapek’s plot, except it’s presented as a dazzling amalgam of projections, music, sound and light effects, dance, song, puppets, and silly sketch comedy.