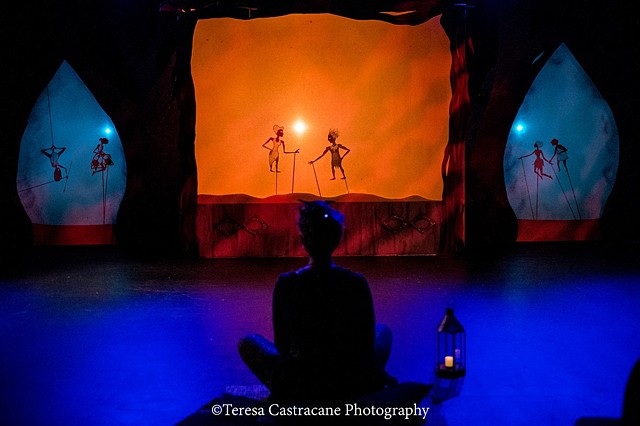 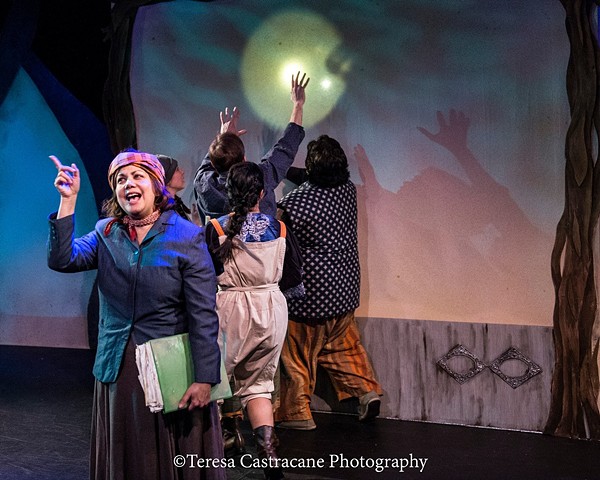 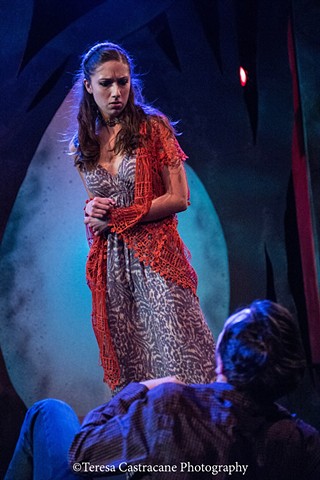 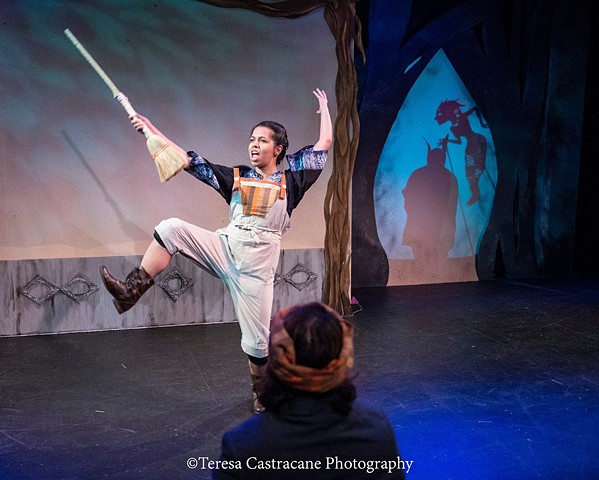 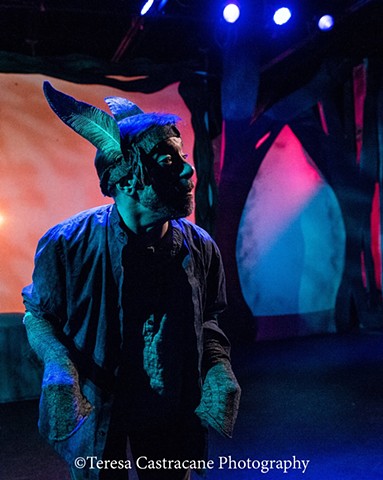 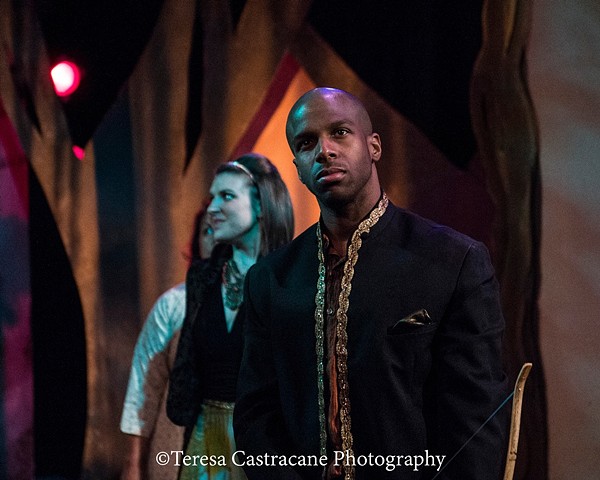 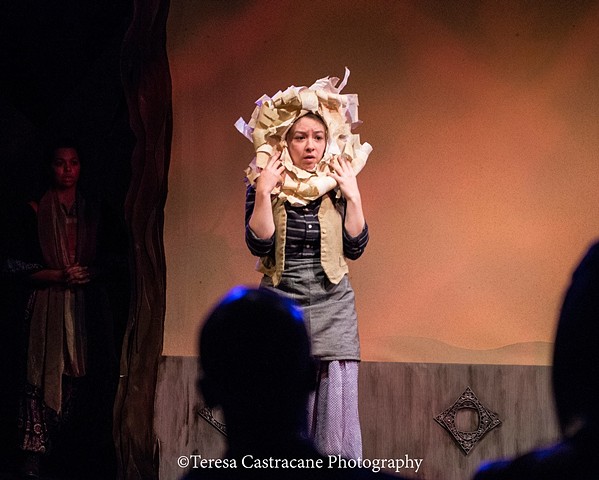 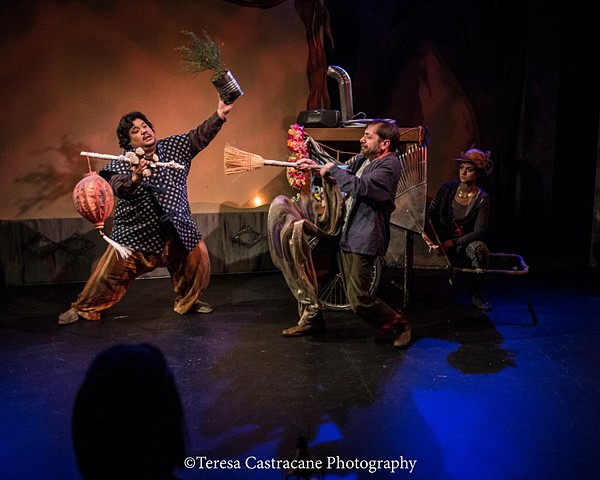 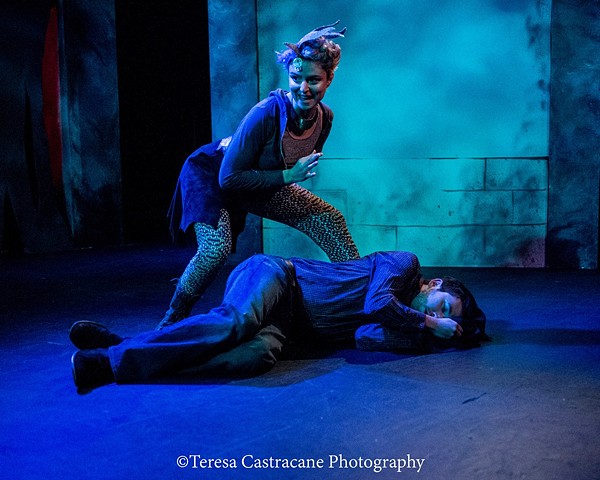 "Designer Debra Kim Sivigny has made great use of the intimate performing space of Gunston Two by maximizing the corridors for lots of running around and still giving focus to six panels which provide multiple screens for the exquisite shadow puppetry work." -DC Theatre Scene

"Costume Designer Debra Kim Sivigny creates numerous smart outfits here, one of the most amusing being the outfit for Bottom's, um translation into an Ass.

The cast, both leads and supporting roles, are constantly in motion whirling around and behind the audience. All ends well, of course but Ms. Sivigny's set, dotted as it is with shadow-puppet screens across the stage, ensures that we are given a banquet for the eyes. Alex Vernon's translucent puppets, meanwhile, are finely articulated and are a delight to see in action." --Broadway World