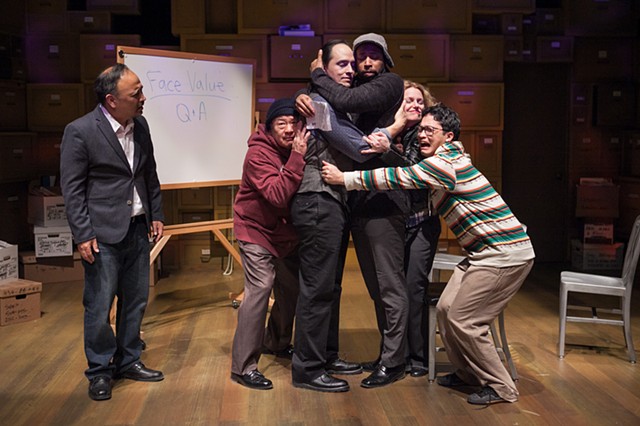 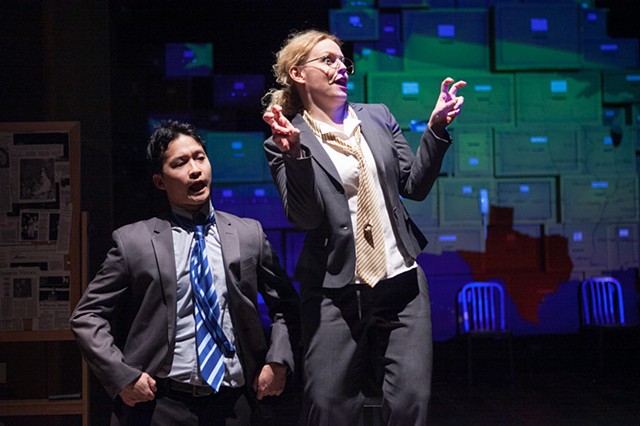 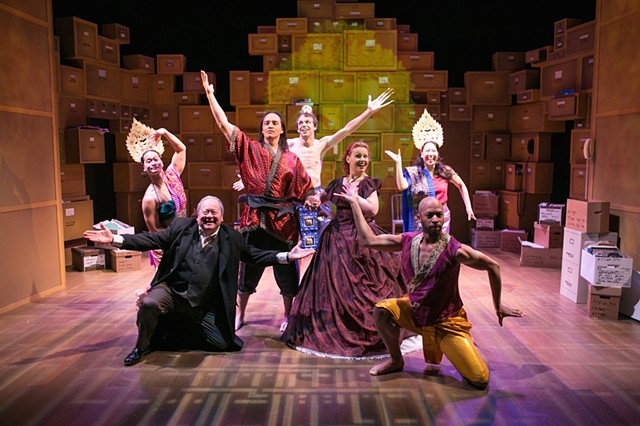 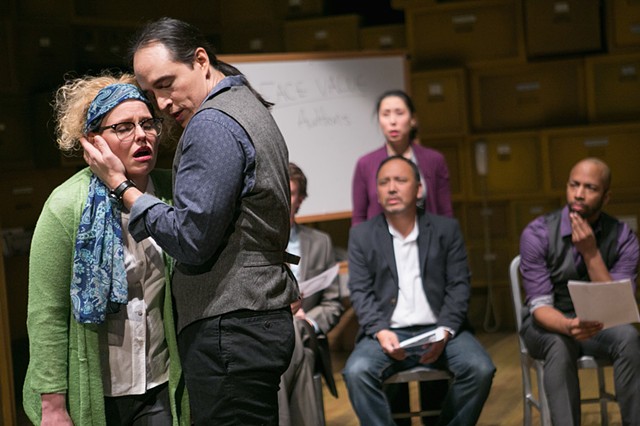 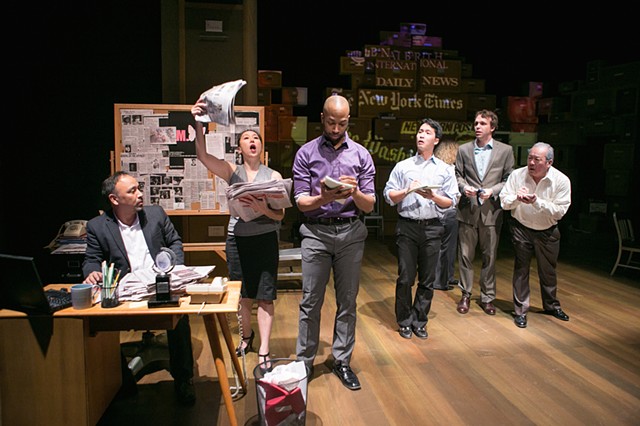 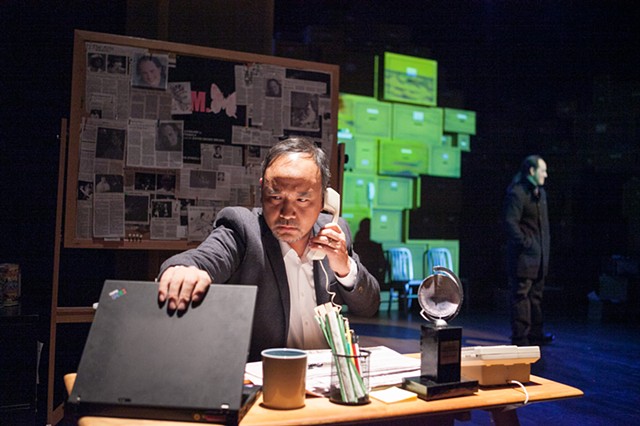 "We’re in on the joke already as soon as we meet the versatile members of a virtuoso ensemble who play the various characters (I counted more than 50) and themselves are multi-everything.

And one by one the other six switch nimbly and hilariously into persona after persona: Tonya Beckman (Jane Krakowski, Frank Rich, et al.), Mark Hairston (Dick Cavett, Yellowgurl8…), Brandon McCoy (Ed Koch, a chorus girl in The King and I…), Sue Jin Song (Lily Tomlin, DHH’s mom…), Jacob Yeh (BD Wong, Joe Papp…), and Al Twanmo (Bernard Jacobs, DHH’s dad…). As these players’ own received and perceived boundaries of race and gender get tossed to the wings, the show’s smart send-up of essentialism soars at center stage.