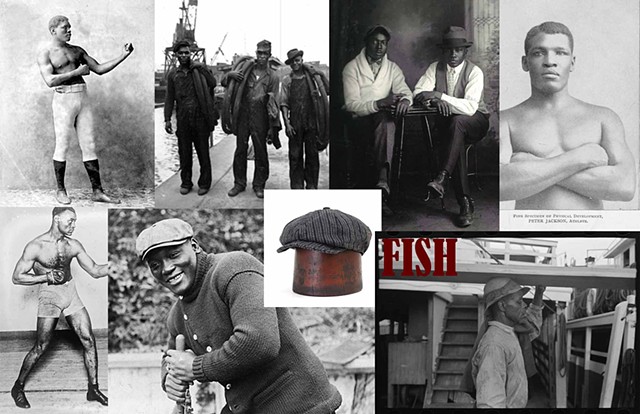 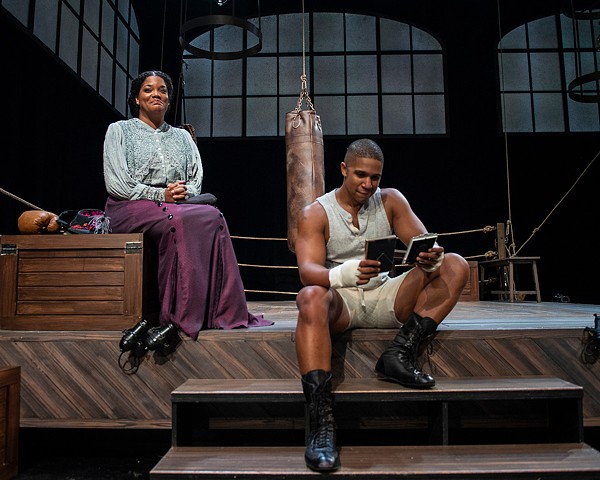 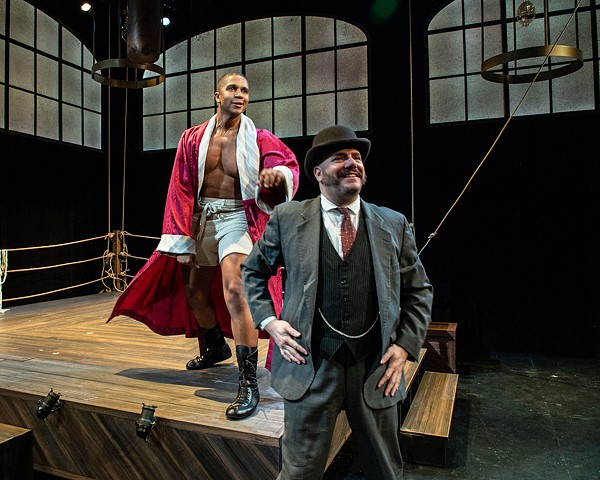 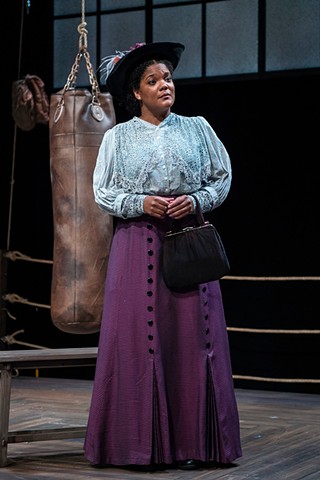 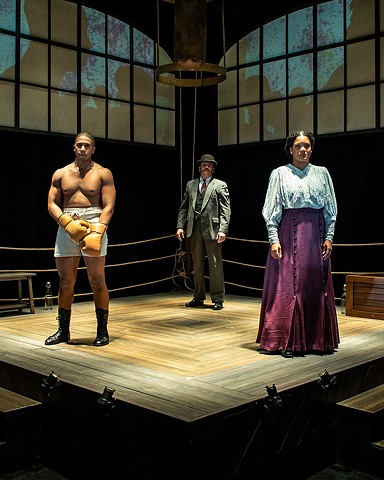 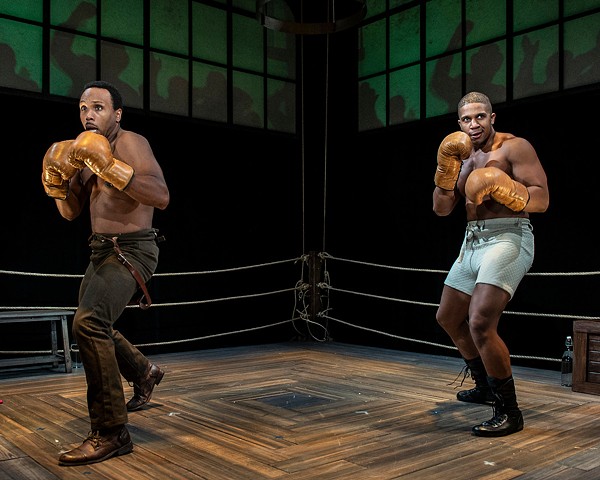 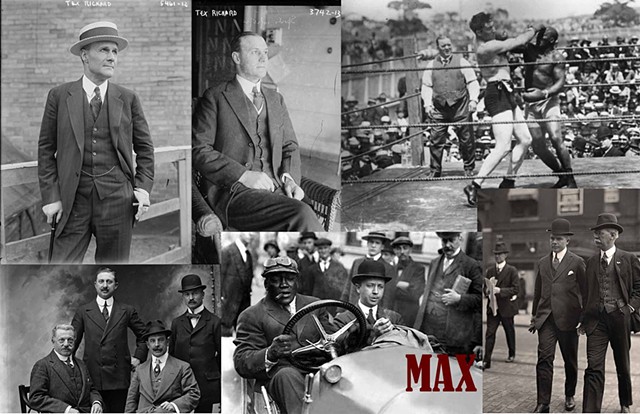 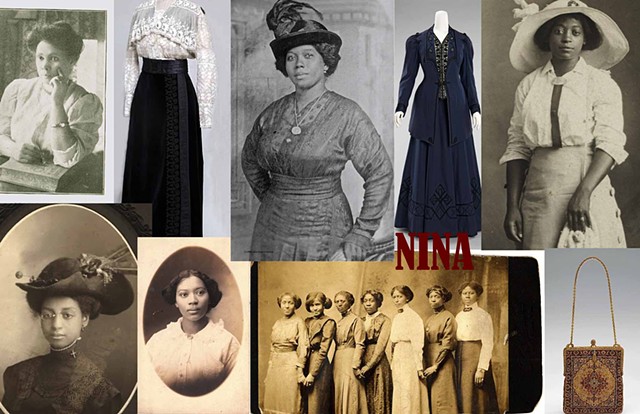 The Royale By Marco Ramirez Produced by Olney Theatre Center/1st Stage September 25-October 27, 2019/January 30-February 23, 2020 Directed by Paige Hernandez Designed by Debra Kim Sivigny (scenery/costumes); Sarah Tundermann (lights), Kenny Neal (sound) and Kelly Colburn (projections). Stage manager Jessica Short, Production manager Josiane Jones The conceptual approach to The Royale was about creating a historical “snapshot” of the turn of the 20th century, when boxing was king, but the societal constraints of racism, class, and stereotype kept Black people with ambition in their place. Jack Johnson was known as the Heavyweight Champion of the World, defeating Tommy Burns in 1908 and then Jim Jeffries in 1910. His win over Jeffries in Reno, Nevada caused riots and violence to break out in the United States.

I designed both the set and costumes for the production which began at Olney Theatre and then was remounted at 1st Stage in Tysons, Virginia. The scenery consisted of a stylized, elevated boxing ring, large warehouse windows that served as projection screens and light boxes, and several large “lanterns” that moved around on pulleys with hemp rope to create the look of an arena.

What I love about historical costuming and new plays is the intersection of the attitude and demeanor of a character with the “appropriateness” of a period. Characters with a sense of rebellion and how that manifests in their clothes. A different shoelace, a missing button. All these details say a lot about a person.