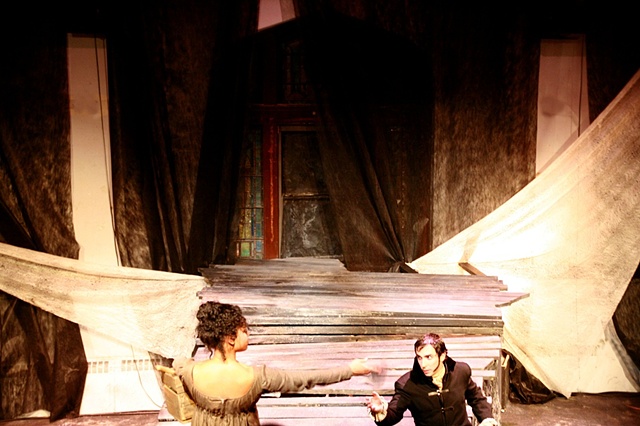 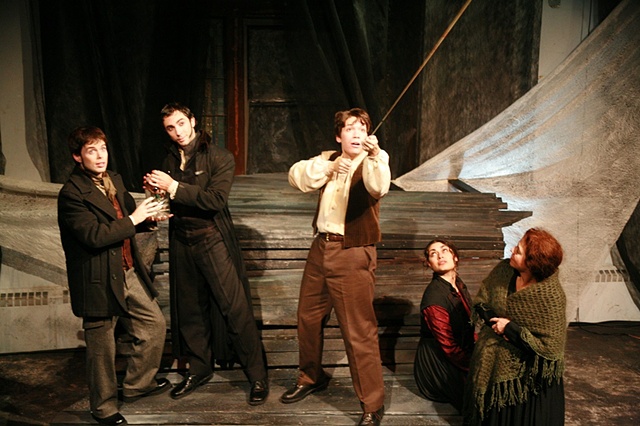 "Rorschach’s Monster, on the other hand, is as far from warm and fuzzy as dark night is to smiley face day. Even before a character emerges on that stage, the sights and sounds of this terrific production hint of ominous events to come. The opening music sets the dark mood with the atonal chords of an organ, creaking sounds, a moan or two, and of course, the obligatory claps of thunder. The back of the set is draped in black and off-white gauze-like fabric that works wonders with the impeccable lighting designed by David C. Ghatan. And then there is the treacherous looking stage, raking downward precariously with such uneven slats that I wondered just how the actors would be expected to even walk on it. I sure didn’t expect the nearly acrobatic tumbles, the running jumps, the plunging fist fights, murderous lunges, even carrying a body or two before nights end. But this is vintage Rorschach, where I should know by now to expect the frightfully unexpected." -Debbie Minter Jackson, DC Theatre Scene